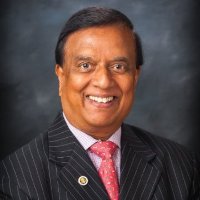 “I find Kevin to be an upcoming star in the Republican arena and it will be most helpful to have him in the State Assembly," Kumar said. "He is pro business, with good experience as a business advocate and criminal prosecutor. He will be a great asset to the Indian Americans in California."

“I’m proud to have the support of KV Kumar and the IARCA,” said Kiley. “Indian Americans are not only a growing part of California but they represent a growing part of the 6th Assembly District. I look forward to working with the IARCA and this increasingly important part of our community."

Kevin Kiley is running for election to California’s 6th Assembly District. For more information visit www.KileyForAssembly.com. The district includes portions of El Dorado, Placer and Sacramento counties and is currently represented by Assemblywoman Beth Gaines who is prohibited from running again due to term limits.