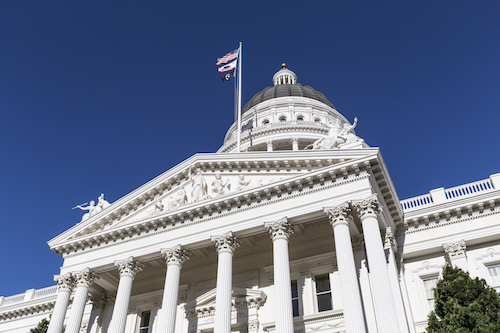 California’s economy has long exemplified creative disruption, the concept that companies have to innovate if they are to remain dynamic, efficient, and relevant. But California’s government works very differently. Its performance is hampered by outdated policies, a rigid system of bureaucracy, and a lack of incentive to change.

Fmr. Deputy Attorney General Kevin Kiley will work to bring California government into the 21st century by harnessing best practices from the private sector. This includes reforms that modernize the state’s system of accounting, increase transparency, and streamline inefficient bureaucracy.

Modern Accounting Realistic budgeting begins with modern methods of accounting. Government departments should be required to report not only annual expenditures (the current norm) but also accrued liabilities, including pension obligations. This type of accrual accounting has been standard practice among private enterprise since the 1970s. In the interest of transparency and responsible budgeting, it must become the norm for our state government. In addition, Kevin will control costs by supporting a zero-based budgeting approach, which would require that government departments annually justify their budgets from scratch.

Spending Transparency California is one of only two states that does not sponsor an online database with a searchable record of state spending. Kevin will help fiscal watchdogs hold government accountable by requiring that California state government be just as transparent as its neighbors.

Efficient Licensing and Permitting California citizens, businesses, and entrepreneurs are forced to navigate a bewilderingly complex bureaucracy whenever they apply for permits and licenses. An entrepreneur opening a restaurant, for instance, has to separately interface with the Secretary of State’s Office, the Employment Development Office, the Department of Environmental Health, the Community Development Department, the State Board of Equalization, the Office of Alcoholic Beverage Control, in addition to various local agencies. This is costly and time-consuming, creating an unnecessary drag on development and economic growth. Kevin supports streamlining the licensing process by requiring departments to share information (thus reducing the need for multiple applications) and making it possible to apply for permits through a single online portal.

Crowdsourced Improvement Government should work with Californians and California businesses to eliminate outdated or inefficient regulations. One model for what an effective partnership can achieve is the United Kingdom’s Cutting Red Tape Initiative. Since launching in the summer of 2015, the program has crowdsourced feedback from hundreds of companies to identify and streamline thousands of regulations that are redundant, overbearing, or unnecessarily complicated. The result: millions in savings and more jobs. California should set up its own independent committee that uses crowdsourced data to make actionable recommendations on regulations to simplify, modernize, or eliminate.

Help us bring fresh energy and new leadership to California government. Sign up to join our team today!